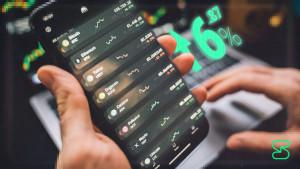 The crypto craze: Implementing cryptocurrency into a messenger

Cryptocurrencies are in the headlines again lately. Everyone who’s anyone is talking about them, trading them, and…putting crypto into their messenger? This year, messaging apps are riding the crypto wave and introducing coin payments and crypto wallets into their services. We’re all for this — after all, Session has blockchain built right into its DNA. As much as we believe in the power of blockchain and cryptocurrency, it’s not always sunshine and daisies. Plenty of cryptocurrencies have dubious backgrounds, serious technical issues, or just aren’t really all that useful.

Because of our background with blockchain tech, we figured it was time for Session to weigh in.

Hopping on the hype train

Blockchain and crypto technology is exciting — that’s why we designed Session to utilise the power of a distributed blockchain network. We’ve believed in this movement for a long time, and a lot of the things Session prides itself on — like decentralisation and onion routed messages — wouldn’t be possible without leveraging blockchain tech.

For so long now, we’ve ardently believed that blockchain is the future of technology. It has always remained at the core of Session. Slowly, we’re starting to see more and more people join us on the blockchain bandwagon. While we’re happy everyone is nabbing a ticket to the privacy party, there is a wrong way to put a crypto into a messenger or any other app.

As messengers start introducing cryptocurrency payments and wallet integrations into their apps, it’s important to keep privacy and security at the forefront of our minds. Not all cryptocurrencies are made equal — some lack privacy, some lack security, some are just complete landmines. Just like any other feature: the implementation details matter.

There is a whole world of blockchain development, design, and implementation. We’ve been a part of that world for years now, and as crypto the masses, Session is a uniquely positioned to messenger.

The vision for Session and crypto

Our plan for introducing crypto to Session is simple and effective: Oxen. Oxen is the cryptocurrency that backs the network Session already runs on. It’s private, secure, and has stood the test of time. Oxen was built from the ground up with apps like Session in mind.

Oxen is a fully decentralised network, with over 1,500 service nodes securing, maintaining, and validating the blockchain. These service nodes are run by lots of different operators all around the world — with no central point of weakness. Anyone can run a service node  — the code is completely free and open source, and doesn’t require any proprietary software or hardware to run.

Oxen also lives up to the standards of privacy and anonymity that underpin Session itself. Originally, Oxen was a fork of Monero — the most well known and respected privacy coin in the world. Thanks to those beginnings, Oxen has ring signatures, stealth addresses, and bulletproofs protecting the privacy of every single transaction on the network. On top of that, the Oxen blockchain has excellent long-term security thanks to its implementation of checkpointing.

Oxen has made some key improvements to Monero, though — most importantly through Pulse — its Proof of Stake implementation — and Blink — its instant transaction mechanism. This makes using the Oxen blockchain both fast and cheap.

Like with any foray into new and unknown realms, we just don’t want to see the messaging scene held back by new flaws and vulnerabilities that could be introduced by a mad rush to jump on the latest tech trend.