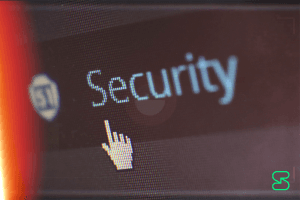 In 1787, philosopher and politician Edmund Burke rose to his feet in the Palace of Westminster amidst a heated parliamentary debate. Here began the life of the term ‘Fourth Estate’: an attempt to mock the scribes of the press gallery that Burke was squabbling with.

What Burke was really saying was that the self-important members of the press needed to learn their place in the world. That place, in Burke’s mind, being below members of parliament like him. As it turned out, the press didn’t mind being referred to as the Fourth Estate, and took up the moniker for themselves. Reclaimed like a snide retort being shouted down the halls of history: Yes, that’s right Edmund, we’re here to hold you — and everyone in power — accountable. That’s the power and the duty of the Fourth Estate.

But with accountability comes conflict. It’s a tale as old as time: governments at odds with journalists and other members of civil society. But that’s just part of the job for journalists and other members of civil society,  like activists. Of course, butting heads with some of the most powerful people going around can put you into some really sticky situations. But they do it — for  the people. For us.

Defending democracy and all the rights and liberties that come with it is a crucial service to the public. So what can we do for them?

Ground Safe, a new research report released by our very own colleagues at the OPTF, has some answers to this critical question.

The world has come a long way since Edmund Burke spoke in front of his fellow parliamentarians, and so has the world of civil society. Now, the life and work of most people happens online. Our digital lives are, for all intents and purposes, simply… our lives. The internet. Mobile phones. Social media. Every day. On the whole, this shift has been hugely positive. It’s easier than ever before to connect and communicate with people all over the world. Information can move around fast and free. These incredible pieces of technology should be great gifts to democracy.

But these same liberating forces are now being lassoed by the powers that be and twisted into instruments of harm. Governments have realised that these tools can be corrupted, abused, and manipulated to not only suppress people’s work defending democracy and human rights, but to further their own agendas — whatever they may be.

Building digital safety — from the ground up

So how can we go about putting some power back in the hands of our defending Davids as they front up to their Goliaths? Ground Safe makes a lot of recommendations on this, but we’re just going to focus on a few.

The first one is something that’s very close to our hearts here at Session — building secure tech tools that work effectively and are easy to use. You could make the most secure communication system in the world, but if nobody can use it, well, what use is it really? To succeed, secure tech needs to make sense — just like any other piece of tech. We’ve got to build apps that suit the specific needs of human rights defenders. There is a Goldilocks zone of security and useability that we need to find to make sure that anyone can use the technology they need to keep themselves safe. There’s no point having security and privacy if it’s only accessible to full stack devs and characters from The Matrix.

On top of that, let’s get real with each other. If your tool has a limitation, gap, or weakness, tell people about it. The race to be seen as the most secure, most military grade encrypted, absolutely uncrackable app ever created isn’t useful to anyone. Privacy and security aren’t always a yes or no question, and it’s more productive for everyone if we’re up front and honest about what our tech can do and what it can’t do.

Going hand-in-hand with these issues is education. Education is sorely needed for human rights defenders who are living under the threat of digital attacks every single day. The first step is making sure people understand the kind of threats they might encounter — that way they can start planning and strategising to protect themselves. There needs to be more training provided, and it needs to be more local, so that people can learn about the issues, tactics, and tools that are relevant to their specific situation.

The future of human rights

Just like in other spheres and professions, we’re starting to see privacy and security valued more highly by journalists, activists, lawyers, educators, and other human rights defenders. While this is great, there is still a gap that needs to be closed.

We hope that in the future, the internet and everything it enables can be both useful and safe for human rights defenders.

And we know Session can be a huge part of that.