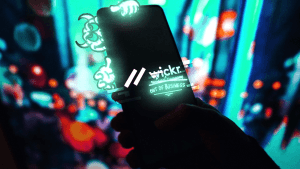 When the end of the year approaches, Wickr users will be facing a big problem: the app being deleted. Support for Amazon’s Wickr Me will end on December 31, 2023. Wickr has been a popular choice for those seeking privacy and security in their messaging, with its end-to-end encryption and anonymous sign-up process. But as Wickr is shutting down, users will need to find a replacement that can offer the same level of privacy and security. So… to go?

But fear not, Wickr users, as there is a suitable Wickr alternative available: Session

Like Wickr, Session does not require any personal information for sign-up. Instead, it generates a secure Session ID for each user through a cryptographic process. This ensures users can remain anonymous while still enjoying the benefits of secure messaging. This is an important feature for people who value their privacy and want to keep their personal information hidden from the online world.

Not only does Session offer end-to-end encryption, but it also utilizes onion routing to protect user metadata. This added layer of security makes Session an appealing choice for those who prioritize their privacy. Onion routing is a technique that encrypts and bounces the user’s data through multiple nodes before it reaches the destination, making it difficult for hackers to track the origin of the message. This added layer of security makes Session a great alternative for Wickr users who are concerned about their online privacy and security.

Not owned by Jeff Bezos 🚫

Wickr was just a regular ol’ privately owned company, which meant that it could be bought by an exploitative company looking to squeeze users for data, money, or whatever they wanted. Amazon acquired Wickr back in 2021, and there were a lot of concerns about a privacy-focused app being owned by a company famous for spying on people with things like Ring and Echo. Less than 2 years later, an app that many people relied on for preserving their privacy is being shut down. Other big corporations have acquired popular messaging apps in similar fashion — like WhatsApp and Meta. Session is built different. Session is open source, meaning that the code is freely available for anyone to use, modify and distribute. On top of that, the servers are operated by the community and not by any single entity. This makes Session more resilient to outside influence, and it also means that it can never be bought out by an evil megacorporation like Amazon. This ensures that Session will always remain a tool for the community and that your privacy and security will always be our top priority.

If you’re a Wickr user searching for a replacement, Session is a reliable and secure option. Its comparable sign-up process and encryption make it a suitable alternative for those looking for a new private messaging app.

Session's user interface is intuitive and easy to use, making it a perfect replacement for Wickr. It also has a feature that allows users to create groups, which is a great way to communicate with multiple people at the same time in a private and secure manner.

Session also has other important privacy-preserving features like disappearing messages — a great way to send sensitive information that you don't want to remain in the other person's device.

As the Wickr shutdown gets closer, Session presents itself as a suitable Wickr alternative for anyone and everyone who needs a private messaging app. So, it’s time to say goodbye to Wickr and say hello to Session! 🎉