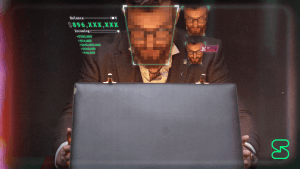 By the people, for the people. That’s the basic idea of a cooperative (or co-op for short). Co-ops are like businesses, but with extra assurance they’ll honestly and earnestly serve the people who actually use a service. Co-ops are all about getting out what you put in. Every cog in the machine benefits according to how much they actually contribute. No fat cat CEOs filling their pockets thanks to exploited and overworked employees.

Normal tech companies don’t operate like co-ops at all. They’re traditional companies that provide a service in order to make a profit and please investors. Most tech startups rock up on the scene with innocent intentions and big promises. But even though they start out with starry-eyed ambitions to build a better future for tech, most successful startups are doomed to become tech villains. This is because of the way tech companies are normally set up — for profit. In the end, who do tech companies really serve? Investors, of course. Of course, this won’t stop companies from trying to convince you they’re on your side using tactics like privacy washing, but there is no hiding who is really numero uno in the hearts and minds of global corporations.

The private messenger arena has crowned its fair share of new champions over the years. When it first arrived on the scene, WhatsApp brought end-to-end encryption to a mass audience in a way no other application had ever done before. WhatsApp became a more private, specialised alternative to social media platforms like Facebook. But…then Facebook bought WhatsApp. WhatsApp isn’t a Facebook alternative, WhatsApp is Facebook. Facebook’s new US$ 19 billion acquisition was a body blow for privacy enthusiasts. Lots of people immediately ditched WhatsApp, but the company kept promising it would remain independent from its new megacorporation overlord.

Just a handful of years later, another wave of users fled from WhatsApp as it made key privacy policy changes that allowed for more data sharing with (you guessed it) Facebook. Of course, when Facebook spent so much money on WhatsApp — and more importantly, its users — it was inevitable they’d benefit from it eventually. Publicly, the ship sailed on its own for a while. But WhatsApp founder Brian Acton’s accounts of his time at the company after Facebook stepped in show the powers that be always planned to fully absorb WhatsApp into the data-harvesting, user-exploiting, privacy-smashing tech-blob known as Facebook.

Now, the same is happening to Wickr. Although Wickr never reached the heights of WhatsApp — and now, it probably never will — it was a widely used and trusted messaging app. Now, Wickr has been bought by Amazon.

We need to build a better system. For-profit companies will always look out for themselves first. When it comes to basic needs like communication, we need stronger guarantees that people won’t be exploited by the tech they use to converse and connect. After leaving WhatsApp, Brain Acton helped create Signal, this time using the Signal Technology Foundation — a registered not-for-profit. This is a step in the right direction, but how can we make the tech itself, the very infrastructure of a messaging app, or even the actual app, more open and equitable? Not just an oath, a charter, or a constitution promising to work in the interest of your users. Well, the option we chose: write it straight into the code. Designing a system that gives users the power to choose for themselves.

Session as a cooperative

We designed Session from the ground up to be run by the people, for the people. Not only is the governing foundation behind session, the OPTF, a registered Australian not-for-profit, we’ve gone a step further.

In the past, we’ve talked about Session being decentralised and what that means in the context of private messaging. From a technical perspective, decentralisation hardens Session against censorship and surveillance. But there’s another way of thinking of what decentralisation means — it effectively makes Session a co-op.

All of Session’s servers are owned and operated by the community. By people like you. People who care about privacy. People who prize encryption. People who use Session. These people will never turn their backs on the values Session is built on. You will never wake up to news that a mega corporation has bought Session. Session is not for sale. Ever.

The more Session grows and succeeds, the more the people who use, own, and operate Session — which is people like you — will benefit. It’s totally reasonable, understandable, and predictable to see tech companies sell out in the end. And that’s exactly why we haven’t set up that way.

Models like Session’s should be a huge part of the future of public interest technology. Session’s design, infrastructure, and implementation give the highest possible confidence that the tech itself is acting in your best interest.

There have been lots of privacy saviours who have come onto the scene over the last decade. The reality is, all this chopping and changing ends up costing people. People who are slow to respond to the changing tides — like an application getting sold off to a big tech giant — end up being left behind. On top of that, it creates a whole lot more overhead for people who want to preserve their privacy. Staying up to date with news, learning about new applications when the old one sells out — all of this contributes to the feeling that privacy is just too hard.

It’s time to change for good.

Code is the regulation of the future. The old saying is ‘get it in writing’ if you want to make sure a company, business, or person remains accountable to you. Don’t get it in writing — get it in code.