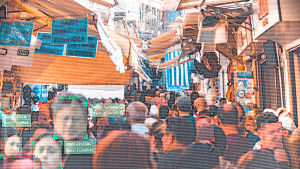 I need a new identity: Social media and the identity ecosystem

Platforms like Facebook have made it as easy as possible to maintain a consistent, singular identity online — the same way your ‘real’ identity works in the physical world. After all, you can’t just change your name and profile picture and behave like a completely different person in real life.

But there’s a huge problem with these monolithic, persistent online identities that are being created by platforms like Facebook and Google: surveillance. Like a lot of things that get popular because they’re convenient, persistent social media identities have become yet another surveillance instrument which is plaguing the internet and its users.

Facebook pioneered the unified social media identity, everywhere you go on the internet these days there is a ‘Sign-up with Facebook’ portal or Facebook’s comment system integrated into comment sections on other websites — and Google and Apple are tagging along as well.

In fact, these kinds of login systems have become so ubiquitous that they’re often listed as the default way to create an account — placed above email or username options in the sign-up screen. It’s genuinely everywhere — when I was researching for this article, I ran into a website where I could only sign-up with a Google or Facebook account if I wanted to access a research paper.

These centralised account systems are slowly but surely becoming your key to the entire internet — and the trove of information these companies have access to is growing as more and more people start opting into the auto-magic ‘Continue with [your social media identity]’ button.

The anti-anonymity which is lurking under the surface of this sentiment Based on Zuckerberg’s comments, the unified account system being pushed by companies like Facebook might seem like it’s just a matter of principle. But in reality, the approach also has very clear benefits—thanks to the surveillance capitalism complex—to Facebook’s bottom line. Facebook’s business model falls apart if the majority of people are able to maintain their privacy and anonymity online. It’s not about connecting you with your friends. It’s not about access. It’s about propping up their ad platform.

Even a single piece of information—like your phone number or IP address—can often be enough to de-anonymise people online, but using Facebook to login into third-party sites makes tracking people online completely trivial. With that in mind, persistent social media identities start to seem a little more suspicious. Sure, it might save you a couple of minutes every time you go through a new sign-up — but what’s the cost? What are the risks, or downsides of all of this?

This will come as no surprise to anyone — but big tech companies are absolutely in bed with governments around the world when it comes to surveillance. Obviously there are mutual benefits for them when it comes to tracking people online: for tech companies, personal data equals profits, it’s easier to sell products, place ads, and keep users coming back; for governments, surveillance can be utilised by the national security state, or used to monitor (or even suppress) dissent.

While their goals might line up, the actual approaches are obviously different. For a company like Facebook, making a persistent social media identity system convenient, easy to use, and interoperable just makes it easy for people to start using. Generally, they won’t even consider the implications in terms of privacy and anonymity — and how limiting these rights can negatively impact people’s self-determination, autonomy, and freedom of expression. For governments, they can run PR campaigns and implement legislation which demonises or outright restricts things like anonymity and privacy, such as Australia’s proposed anti-trolling laws or the anti-encryption campaign backed by the UK’s Home Office.

‘The adult occasionally looks over at the child, knowingly. Intermittently through the day, the ‘privacy glass’ will turn on and the previously transparent glass box will become opaque. Passers by won’t be able to see what’s happening inside. In other words, we create a sense of unease by hiding what the child and adult are doing online when their interaction can’t be seen.’

Across the Atlantic, there is more evidence of a convergence between governments and big tech companies when it comes to enabling and endorsing surveillance. Former Google CEO Eric Schmidt spent four years advising the US Department of Defense as the chair of the Defense Innovation Board (which gives advice on military uses for AI) he’s currently the chair of the National Security Commission on Artificial Intelligence — a commission which provides advice and recommendations to the US President and Congress on how best to use AI and machine learning.

The connection may not be immediately clear, until you make the leap that so much ‘AI’ is currently based on machine learning which requires enormous quantities of data to input. For now, what we refer to as AI is often just deep learning based on unthinkably huge datasets. In 2019, the NSCAI (that’s right, Eric Schmidts’ NSCAI) made a presentation talking about how China was pulling ahead of the US in a variety of fields because of its widespread use of private-public partnerships and surveillance.

The presentation tries to make the argument that, although a lot of data and infrastructure may have been built purely with surveillance in mind, it could have a bunch of happy side effects, like being used to reduce traffic or for medical diagnoses. The presentation points out that Chinese companies like Tencent have government support as well as the authority to leap over regulatory barriers to achieve these goals (through the means of AI/surveillance) — while US competitors are limited by things like HIPAA.

Reading between the lines, it seems like Eric Schmidt’s NSCAI might be suggesting that the US follow suit, and give big tech companies a hall-pass to conduct widespread, unadulterated surveillance in the name of public good. The same Eric Schmidt who, as of May 2020, held over 5 billion dollars in Google stock. Hmm. 🤔

The presentation does mention China’s real name verification system, which means you need to use your government ID number to get a phone number, sign-up for new services, and generally access the internet.

Even though the presentation notes this kind of system could lead to draconian (read: dystopian) outcomes like predictive policing — it just kind of…moves on with the rest of the presentation without addressing this concern at all. But this isn’t a concern we can just brush over — combining the kind of surveillance adoption the presentation proposes with either China’s Real Name Verification regulation or with things like Facebook and Google’s social media identity system can genuinely lead to huge, meaningful damage to people’s basic rights and dignity.

The best way to resist the growing influence of surveillance capitalism is to opt-in to anonymity. Platforms which give you anonymity, like onion routers and (of course) Session. In the case of Session, it creates a social environment where people can be anonymous, and they have true self-determination when managing their identity online.

There is a word that we use when people are de-anonymised on the internet against their will—doxxing—and it’s not a good thing. At the moment, there is a future where being doxxed is just a condition of entry to the internet. Don’t let that future become a reality. Choose privacy. Choose anonymity.