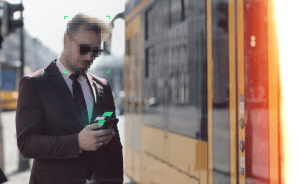 Session has been seeing massive user growth recently, with tens of thousands of active users in dozens of countries around the world. But hold on a minute — Session is also completely anonymous, with no phone numbers or other identifiers. So how do we know how many users we have, or where they are?

When you create an account with the Apple App Store or Google Play Store, you’re asked whether you want to share diagnostics and usage data with Apple (or Google) and app developers. If you opt in to usage data sharing, Apple (or Google) will collect some basic, somewhat anonymised information about the apps you install, use, and uninstall, including which apps you download, whether you launch them after downloading them, whether you uninstall them, and how long you keep them installed. This information is then made available to mobile app developers.

Developers cannot see any information about individual users — they can see the basics, like download numbers, the number of active users, user retention (how many people continue actively using an app after downloading it), and which countries an app is being used in.

But if you don’t opt in to sharing diagnostics and usage data — Apple (or Google) does not collect any information about your app usage after installing an app. That means your app usage is not included in the user numbers developers see.

So what does this mean for Session? Well, first and foremost, it answers the question of where we get our user data. Apple and Google provide us with basic, anonymised information about how many people are using Session, and which countries Session is used in.

Session itself has absolutely no trackers or other privacy-invading technology, and only users who have opted in to diagnostics and usage data sharing are included in those App Store and Play Store statistics. So when we say that we have “more than 50,000 active users”, we actually don’t know just how many more. Because Session’s users are privacy-conscious people, it’s quite likely that there are a lot of people actively using Session on their mobile devices with data sharing disabled — but we’ll never know about them.

And because Session Desktop is downloaded directly from our privacy-respecting downloads page, we have no information about how many active desktop users we have, where they are, or anything else — all we know is the total download count.

If you want to make sure your mobile device isn’t collecting your usage data, you can disable that feature in just a few easy steps.

(Note: steps on Android may vary slightly depending on the Android skin your device is running)