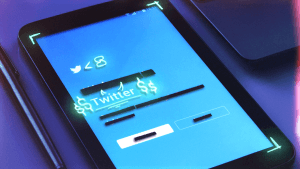 EDIT* So yeah, Musk IS buying twitter, and guess what - his now very real acquisition of twitter reinforces many of the queries we wrote about below. If you read a little past the first paragraph (where we chat about twitter politics and acquisition strategy), you'll stumble across some very well articulated and incredibly well researched arguments questioning the privatisation of social media and the standard of practice it sets for ... well billionaires buying social communications assets.

You've probably read it everywhere by now — Elon is making a play to buy Twitter.

ICYMI: We’ve been treated to some high tier boardroom drama ever over the last few weeks; it all started when Elon picked up a chunk of Twitter stock in early April. After that, he was joining Twitter’s board, then he wasn’t, then there were (now debunked) rumours that Elon couldn’t join the board because he failed a background check. It has been crazy. The latest entry in the Elon-Twitter saga came when Musk recently submitted a filing to purchase Twitter for a big ol’ bag of cash, or more specifically $43 billion USD.

Now, you may be asking — what’s the big fuss , and why is Elon’s attempt to buy Twitter such a big deal?

Basically, to recap — Musk has found himself at the centre of a power struggle that could set an ugly precedent for the further centralisation and privatisation of social media. Per his demands, unless his hostile takeover of the platform is accepted, he threatens to liquidate a vast majority of his substantial holdings — tanking the stock price of the company and devaluing the platform.

Musk explained the reasoning for his actions on, well, Twitter — and has continued ramping up his campaign to acquire the social media giant.

In direct response, Twitter's current controlling board has since attempted to defensively dilute Musk’s stake, complicating the takeover process. The defensive Poison Pill tactic has been strategically implemented by organisations fighting hostile acquisition since its conception in the 80’s.

In the wake of his initial bid, Musk’s has used a guerrilla approach to mount pressure using his digital fame as well as being, y’know, the richest man in the world.

Regardless of how you feel about Musk's bold actions, the whole ordeal is shining a light on the issues with centralised, corporately-owned social media platforms. You have to ask — what would actually happen if Musk was to succeed? Or more specifically, what happens if one of the largest platforms for public discussion were to find itself at the whim of a single dude.

At this point in time Musk has definitely made one thing clear - he does intend to privatise the platform - even if he is vague on what that exactly means. We do know that a lot of our readers understandably support Musk's ventures, his track record with Tesla and Space X highlights his leadership success in both public and private business industry. But its pretty fair game to assume that musk wont be the only billionaire to try this if he succeeds, which ultimately leaves us hanging onto blind faith that the platform would be best run in the interest of its users.

What does this mean for the state of free and open discussion on the internet (nothing good, we’re guessing)?

Private ownership of a social media means that ultimately, the platform conforms to the ideals and values in service of an individual need. Whilst this may sound dramatic — Twitter would without question inherit an agenda — good or bad. To be clear, this is obviously currently the case: the board, employees, and stockholders of Twitter collectively make choices and shape the company. But there’s oversight. There’s accountability. There’s transparency. And that’s important.

A parallel can be drawn between the situation with Twitter and the gradual concentration and homogenisation of news media. A general census would likely accept that the death of traditional news media lies with the monopolisation of independent outlets, responsible for the reduction in legitimacy of the fourth estate. Privatisation shifts the honesty of information and filters content through the lenses that aligns with usually sucky corporate personal biases. The privatisation of the fourth estate and distrust in news media was the birthing ground for the social revolution of platforms like Twitter and encouraged users to accept its newfound affordances and inherit the platform as their own.

Twitter has a historic foundation routed in digital journalism, giving real time ownership of content to those suffering from media blackout or digital censorship. The Twitter revolution marked the beginning of a new age of digital journalism — where we saw the line between social movements and new-age communications blur through things like the Arab Spring and the climate movement. Ultimately, Twitter’s contribution to social communication highlights the importance of free and uncensored social media. Twitter has rooted itself as a foundation for modern communication, exemplified by the social revolutions seen in the 2011 Egyptian riots and the 2020 Black Lives Matter movements. The affordance of a newfound ability to engage in public discourse through hashtags with a sense of anonymity and without censorship brought ownership of the platform to the users. And yes, we know social media revolutionised data shelling and identity theft—but straight-up—privatising social media further makes those practices a lot worse.

Twitter currently, at the very least, holds a public level of accountability (which a social media giant would never abuse lol), and must, in essence, represent the best interest of its relative stakeholders — which represents nearly 330 million people across the world. Accountability over digital ownership and data manipulation suddenly becomes an even muddier process when the major shareholdings belongs to you know, one dude.

And yes, we know — it is tough. Twitter and social media isn't really private, nor is it secure, and they love to feast on our meta-data. Sigh. But (and hear us out), we’ve spent a lot of time patting Twitter on the back in this article, which may seem really oddly pro social media coming from us — but ultimately this argument is so much bigger than just Twitter. It represents the power that privatisation gives to ownership of data and censorship.

This discourse eloquently highlights the evidence for the decentralisation of social media or at the very least, the social on boarding of general decentralised public platforms.

(Yet another) reason to decentralise social media

Of course, we know that with decentralisation comes issues we have to acknowledge: moderation suddenly becomes complicated, technical complexity is increased, and a lot of social media’s ugly habits could be amplified.

However, and this is a big fat however, suddenly the way our data is managed becomes more secure. More private. We have control over our data. We have digital autonomy. Thanks to the way information is stored, managed, and shared on decentralised or federated servers — no one person (or new billionaire owner) can inherit a trove of (your) data.

This means that aside from the benefit of online anonymity - no one person is able to manage or sell your data. The affordances of this associated economic neutrality means that the Dr Evils of the world, cannot steal your information to power ads or pass on your data to third parties. This builds a system where your discourse is open, free of bias, devoid of invasive advertising and theoretically should reduce the spread of misinformation.

And this isn’t all just about ideals, by cutting the data-pipeline that big tech companies have become so addicted to, we also cut down the data-driven algorithms which have been proven responsible for so much of the harm caused by social media. Although things like virality and discoverability might seem like sexy futuristic tech — it can lead to some pretty monstrous outcomes. Social media shouldn’t be about algorithms — it should be about, well, being social. But it’s hard for tech companies to ween themselves off the good stuff. The data that drives their profits, keeps their stockholders happy, and keeps people scrolling, scrolling, scrolling.

To put our point into context you could ask, "What would happen if you tried to buy Session"? Simple. You cant. Our decentralised service node system prevents this (you can read all about it here) - but whilst we may moderate and develop the platform, with no central point of data storage - its impossible for someone to access, manipulate or alter our users encrypted information.  If the decentralisation of social media were similarly structured, it without question would return the digital ownership of discourse back to the user and prevent the hostile takeover of a public system from individuals who can afford it. It does seem to appear that this news is receiving mixed reception across communities online (centring around users personal feelings towards musk). Ignoring the motivation of Musk's action - the discourse of twitter belongs to its users and should remain independent of a bias takeover.