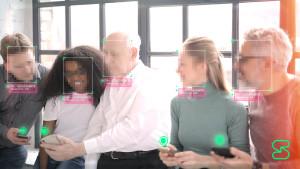 Open groups are the only way to have hyper-large scale conversations on Session. While closed groups are perfect for smaller conversations with your family, friends, or work colleagues, if you’re got a bustling community, a large business, or just…a lot of friends — you need an open group.

We’ve been running an open group for the Session community for a while now, but we’ve decided to take open groups to the next level. Introducing the superpowered open groups 2.0 — a complete overhaul of the way open groups work.

New open groups have been live for over a week now, and they’re going to take over completely from old open groups pretty soon — more on that later.

The new v2 open groups are a huge improvement in terms of functionality and features.

New open groups are also much more performant than the old ones, especially if users are in multiple rooms being run on the same server. Our v2 open group implementation is also a lot easier to work with for both operators and developers. Some of the common hurdles that operators were running into should be smoothed over now, so if you’ve ever tried to set up an open group before but ran into roadblocks — now is the perfect time to try again. Read our guide on how to set up an open group server.

We’ve already set up some v2 open groups for people to try out as well. In your Session app, tap on the green ‘+’ icon to bring up the new chat menu, and then tap the globe icon to join an open group.

We’ve set up some default open groups for discussing Session, Lokinet, Oxen, and crypto. This gives you some starter communities to join, and is especially useful for people who are new to Session and haven’t got many contacts to speak with yet!

New open groups are not backwards compatible or interoperable with old open groups, so if you’re currently running a v1 open group, people will no longer be able to chat using this server, and you will need to create a new v2 open group server to replace it.

Open groups servers aren’t the only thing getting a pamper, the file server (which facilitates the file-sending feature on Session) is also getting a big upgrade.

We’ve completely re-written the code for the file server so that it is easier to manage and upgrade in the future. However, upgrading to the v2 file server may cause some temporary unreliability with file-sending — this will likely only last about a day, and you will get an in-app warning message when the switch occurs.

Time to build a community

Open groups are the meeting grounds for big communities on Session, and with v2 open groups there has never been a better time to move your community over to Session. Session is getting slicker, speedier, and more stable with every day that passes.

Of course, if you start up your own open group — we’d love to hear from you! We’re excited to see what bustling and positive communities can find a place to live and chat on Session.