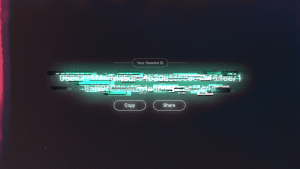 Update: PySOGS 0.3.5 is now available using the install instructions below

Open groups are an important part of Session. As more users flock to Session, it’s clear that open groups are one of the main ways for people to connect.

If you’re operating a Session Open Group Server (SOGS) — there are some changes coming your way!

ID Blinding: Making it easier to connect through open groups

A lot of people have been asking why they can’t pull Session IDs from open groups any more. The answer is simple: Spam.

Big open groups become big targets for people to try and scrape Session IDs to send spam messages or attempt impersonation. Because we run some large open groups ourselves, we noticed this issue a lot. We always planned to re-implement some way to directly contact other members of open groups, but we needed to build some anti-spam measures first.

The mechanism we have implemented is called ‘ID Blinding’: allowing you to send message requests to other people in an open group without needing their real Session ID. This feature will go a long way to preventing spam in Session, making it a safer, special-er place to hang out.

What does this mean for me?

At first, we are only going to enable ID Blinding for the official Open Groups which are operated by the Session Team. This way we can ensure that everything is working as-expected before rolling it out to all SOGS.

As of this article being published, we have enabled ID Blinding in the official SOGS, so you should be able to send message requests to other people in those groups. You’ll know that ID Blinding is enabled if the ID you are messaging begins with a ‘15’ instead of the ‘05’ of a real Session ID.

After we’re confident that blinding is working well on our live open groups, we will release a new version of PySOGS (0.3.5) which contains ID Blinding functionality and enables the ability for users to send messages requests to each other through open groups.

Note: Though we recommend waiting until the 0.3.5 release, if you are adventurous and want to enable blinding earlier on your open group server, you can find the setting in the sogs.ini configuration file.

There are currently two kinds of SOGS: Legacy SOGS and the newer, upgraded PySOGS.

Many operators are already running the updated PySOGS software. As the name suggests, PySOGS is a new codebase for open groups written in Python — a choice which has greatly hastened development timelines for open group servers. Although the date is not yet finalised, the Session client will stop supporting Legacy SOGS and older PySOGS releases at some point in the next few months. We recommend you upgrade to PySOGS 0.3.5 as soon as you can.

Checking your version and upgrading

If you are a SOGS operator but you are not sure what kind of Session Open Group Server you are currently running, checking is simple.

If you are on Legacy SOGS then this command will output a version:

If you are on PySOGS you’ll get an error instead:

On PySOGS, the command to use is `sogs`.  For instance, `sogs -L` will list your current open groups.  If you are running PySOGS 0.3.0 or higher, `sogs -V` will show the current version.

Upgrading your SOGS is also quick and easy, instructions on how to upgrade can be found on GitHub

Make sure your community stays connected — watch out for the upcoming PySOGS release and upgrading to 0.3.5 as soon as you can!

In the meantime, stay tuned on our social channels, Session updates channel, and the Session open group for the most up-to-date information.

If you have any questions, feel free to reach out to us via those channels or our help centre.