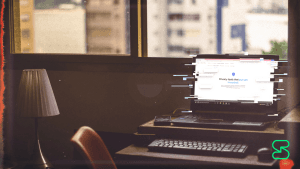 Data is an asset. It’s used to place ads, sell products, and refine services. Without data, the internet as we know it just doesn’t exist. Data has played its part in creating the tech we use every day. It’s development rocket fuel, allowing for insights that accelerate technical and marketing progress.

The more data you have, the bigger your sword in the tech arena. The empires of Google, Amazon, and Facebook are built on piles of data. No data, no Google. No Amazon. No Facebook. By now, pretty much everyone knows this. The ones that are paying attention, at least. Although what’s really meant by data collection is a bit of an abstract concept, most people have a vague idea that all these companies have your data, and that they’re probably doing something with it. The spectre of ‘big data’ is well and truly haunting us — everyone has their own story about an ad for something they never looked up, talked about, or dreamt about.

No, Mark Zuckerberg definitely has not planted a mind-reading microchip into you to service Facebook ads. And no, they don’t have Hari Seldon style future-predicting capabilities.

The reality is that enormous amounts of individually innocuous data points create a complex profile about you. That profile can be cross-referenced with all the other people you know, and all the other people like you, and the people they know, and so on. It’s a tangled web, but it’s damn good at catching flies.

High on data: How big tech talks to its investors

The strength Mr Wehner is talking about comes by the way of a 12 per cent year-on-year increase in the amount of ads being delivered, and a 30 per cent year-on-year increase in the average price per ad. The business is ads, and business is booming. What all these numbers really mean is that Facebook is still constantly improving their ability to leverage data for profit. Of course, for Facebook stakeholders, investors, board members, and stockholders — this is excellent news. What we end up with is financial reports from tech companies gagging over how their ad delivery is excellent and advertising revenue is growing (just like it always does). They don’t have much else to talk about, because, well…otherwise it’s a horror show of money sinks and discontinued projects.

Over at Google, the story is much the same. The How We Make Money portion of Alphabet Inc’s 2020 Annual Report is, well, fairly focused on advertising. We took the liberty of highlighting every mention of advertising, ads, and advertisers in the section and, well:

In the space of 400 words, ads are mentioned over 30 times. Google itself nets just 5 mentions. It’s just assumed that advertising constitutes the majority of revenue, and then the discussion is completely dominated by how advertising generates revenue. Apart from a throwaway line at the end of the section, which plays up Google’s other initiatives — a lot of which are totally worthwhile ventures, but looking at the long, long list of projects that are 6 feet under in the Google Graveyard, we probably shouldn’t bank on those projects transforming the revenue model of Alphabet Inc.

The message from big tech companies to investors is clear: advertising is where we make the big bucks. Advertising is, of course, backed up by the mind-bogglingly enormous data troves. Data about you and me. Data about people in every corner of the world.

High on power: How big tech talks to the world

Of course, this data-driven business model has copped some serious heat. Amnesty International’s Surveillance Giants report frames data collection and ad-based business as straight up surveillance. The report details the dangers and threats this model poses to human rights all around the world. And as the OPTF’s Ground Safe report reveals, the people in the most danger — like journalists and activists — lack the skills to protect themselves from surveillance.

In a letter responding to the report, Facebook said that their business model isn’t really about collecting data.

As you correctly note, we do not sell data; we sell ads.

What a filthy technicality! Really, the question is: what’s the difference? Without the data, the ads aren’t effective. What vendors are paying for is an amalgamation of the data Facebook has and their ability to deliver effective and impactful advertisements using that data. This…really isn’t better. Of course, governments and activist groups around the world are catching on, and regulators have placed data magnates in their crosshairs. Things like Europe’s GDPR and California’s CCPA are the first big shots at big tech, and more of the same in other jurisdictions will go a long way to reigning in unruly tech companies.

An important part of this regulation is bringing privacy into the public discourse. The more people recognise data privacy as an issue, the more emboldened people will be to stand up for their rights. As much as the ‘Will you accept our cookies’ pop-ups might feel tedious, and most people probably accept them without paying too much attention — at the very least, most people are now aware that pretty much every website they visit is tracking them in some way or another.

High on privacy: how big tech talks to you

Accept-our-cookie pop-ups are symbolic of a wider issue in the battle for privacy. The thing is, the average web-surfer probably blindly accepts cookies on their favourite websites whether it’s squeaky clean or full of invasive trackers. Even though people place super high value on privacy, they don’t necessarily have the tech literacy to decipher what that means in terms of which services they should use and which ones they shouldn’t.

In a 2020 survey conducted by the Office of the Australian Information Commissioner (OAIC), almost 70 per cent of people said protecting their personal information was a major concern in their life. That’s an overwhelming thumbs-up for privacy, and it’s a trend that is spreading across the globe.

Concerns regarding data privacy are driven by a belief that many companies routinely use personal information for purposes that make Australians uncomfortable.

And that’s the crux of the issue, really. For most people, privacy isn’t a thing, it’s a feeling. Privacy is feeling comfortable. It’s feeling safe. Confident. The reason people want privacy is because of those feelings.

But the average person probably doesn’t feel all that unsafe when they unlock their Android phone, they don’t get a shiver up their spine when they open a WhatsApp message. So where is this dissonance coming from? From tech companies themselves, of course. Tech companies have realised the value and importance of privacy. They know that their users need to feel private — otherwise they’re gonna run.

This is where privacy washing comes in. Tech companies like Google are giving you a head pat to distract you from the fact they just punched you in the arm.

The Google Safety Center is home to a bevy of feel-good imagery, loaded phrases, and tech buzzwords to make you feel all warm and fuzzy about Google’s data collection activities.

The reality is, the privacy toggles that Google offers you don’t represent real control. If you use Google, you’re throwing your data sovereignty out the window. Google knows that, but as long as you feel like you’re in control, they’re in the clear. Google definitely made some noise about their new privacy-conscious image and practices, but the jig is well and truly up.

Google pressured phone manufacturers into keeping privacy settings hidden, because the settings were popular with users.

Kim Lyons in The Verge

Google doesn’t really want you to take control of your privacy. Neither does Facebook, or any company whose business model relies on collecting data and selling ads. That’d be bad for business. And what will they pad their financial reports with if the advertising model runs dry?

Of course, plenty of people won’t buy the line that Google or Facebook are truly private — most people believe these companies are collecting information about them. But related products, like WhatsApp, can slip under the radar more easily. In fact, a huge part of WhatsApp’s success is due to its perceived privacy and security. WhatsApp, a Facebook product, continually reassures its users that it’s truly private.

In reality, their privacy policy is a huge red flag, and serious privacy enthusiasts haven’t recommended the app for a long, long time. All this makes WhatsApp perhaps one of the grossest examples of privacy washing that exists. They’ve forged a path for future services and companies to sell themselves as private, secure, and safe — without really being any of those things.

This kind of marketing works, it’s effective, and it will only become more effective as the data privacy becomes a more mainstream concern.

It is up to products and companies that truly respect privacy, like Session, DuckDuckGo, and Proton to call out privacy vultures who try to benefit from the awareness they raise about digital rights.

The kind of damage these tactics could do to the wider push for digital rights cannot be understated. Real supporters of privacy must publicly stand against data profiteers wearing pro-privacy masks. Otherwise we will start seeing more and more people accepting the lie that large tech corporations are looking out for them — and the end result will be much the same as it is now. Human rights under threat. People under threat. Privacy under threat.