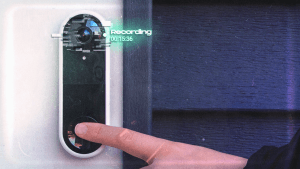 Surveillance tech: How it stalked its way into our lives

Something doesn’t add up

If the internet has taught me anything, it's that people love to disagree. Not seeing eye to eye comes naturally to some people; whether it’s arguing with our neighbours, fighting in the replies of a Reddit thread, or with bots on Twitter. Often it's stuff that doesn’t really matter — like which is the best episode of Seinfeld, but sometimes it gets real nitty gritty, like whether the new Android 13 operating system looks cheap (it does).

Whether it’s a big issue or a small one, disagreeing is kinda the unconscious norm in both our physical and digital communities — so, when we do agree on something it is safe to assume that it is really important. So when we say that surveillance state tech sucks (and I know you agree), that's a pretty big deal.

Although many governments and businesses have tried to sneak surveillance tech into the world under the guise of safety or security, people have pretty much universally agreed that the trade-offs are not worth it (how’s that for a segue). And this kind of tech isn't shy about undermining your privacy rights. It’s invasive, often dishonest, and typically targets marginalised communities.

A concept rooted in the historic oppression of the working class. The surveillance state has been a sure-fire sign of bad news for human rights in the past, think of your classic timeless tale of power through unjust control. We can actually trace the surveillance state back (a hella long way) to the use of spy networks in Ancient Rome (boo, Caesar). Its further progression over the centuries as it adapted to crush socialist movements during the industrial revolution in the 1800’s, through to the current landscape of social/digital surveillance.

At the risk of being too doom and gloom (but hey Session tells it like it is) the surveillance state is systemically funked; it represents authoritarian control and strives for oppression. The modern world doesn’t need to have secret police stationed on the streets to keep a watchful eye on the public. Now,  surveillance technology has become an oppressor for many voiceless communities and countries across the world. Thankfully we all seem to agree that it sucks. But hey that's the beauty with things that we all agree on, sometimes it takes us a bit of time to get on the same page.

But if we all agree on this, what's the issue here?

Well, surveillance is still sneaking into our lives through, well, good ol’ capitalism. People are being convinced that it’s in their best interest to bring surveillance devices into their own home — for the sake of convenience, personal safety, or some other tremendous offering from the latest tech gadget.

Surveillance wrapped up in a bow

Fitness devices, integrated smart home systems, wearable tech, smart cars, home security cameras— you name it, it's all surveillance. And though this surveillance may be sold to us as having utilitarian advantages which (not to get too intense) benefits no one but authoritarian governments and big tech. It's tech that monitors, collects and shares our data continuously— and we have zero control over where it ends up. And whilst we know that you may use this technology every day — it's how others use your technology that kinda frightens us. Only recently it was revealed that the SFPD are using driverless cars as mobile surveillance vehicles, Australian mining companies are using wearable technology and smart safety hats to monitor brain waves (because ‘health’, I guess?) and consumers are seeing their smart door-cams and home cameras hacked fairly regularly. In fact, a pretty horrifying story ran in April of a technician spying on private home security cams over 4 and a half years, (nothing like a real horror story to make you feel uncomfortable in your own home).

Surveillance tech, even if it has other functionality is still surveillance — especially now that it has become a multibillion dollar industry.

And we wanna talk about that, because if we all agree that surveillance is bad — how come its so ingrained in our lives?

Well, surveillance tech and by that extent surveillance capitalism is a pretty loaded gun, because whilst it's easy to tear apart, it is something that becomes more interwoven every day into our digitally integrated lives (how many apple watches do you see out and about). Which means that as our workplaces and personal lives continue to adapt to new technologies — ultimately we give way to surveilled lives.

The new era of the Surveillance State

Now, I know you’ve had to read the word surveillance potentially too many times in this article, but take it in stride — it was the unavoidable cost that came with tackling this issue.

Whilst we all may agree that surveillance state practices are the worst, we almost had no choice but to embrace this new capitalist rebirth of spyware tech, because it comes paired with functionality and usefulness —and no one is immune to this (naturally this is written by someone using a Pixel phone with matching Google buds…) . Hell, even I thought I wanted a smart fridge for a while.

But just like we have seen systematically repeated over the centuries, (remembering our stroll down history lane) —technology evolves and naturally so would the standard of how the surveillance state is repackaged and sold. Unfortunately in a post-pandemic world, as we see the boundaries between our work and home lives blur — we see an increase in spyware technology being ingrained into our daily essential services. We published an article recently about this practice, which you can check out here, but to surmise: the adaptation of facial recognition and spyware tech into these services ultimately targets the marginalised and most at risk. This may be preaching to the choir, but the standard of the surveillance state has never been as heightened, since its profitability scaled unjustly. Surveillance capitalism is a system whereby not only do people lose not only their freedom but pay for it.

Whilst we know it's beyond impossible to avoid this system (don't mind me sneaking off to watch Tik Toks on the toilet at work), it's critical that we reframe our mind in regard to what we agree on as being acceptable forms of surveillance and not.